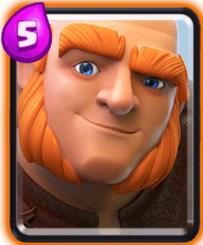 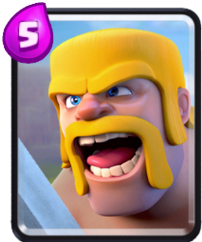 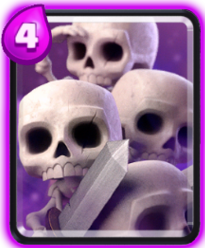 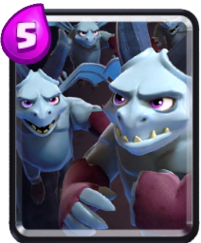 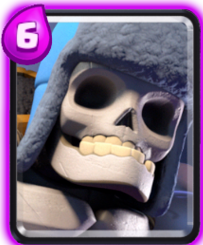 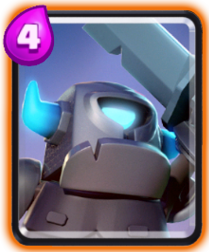 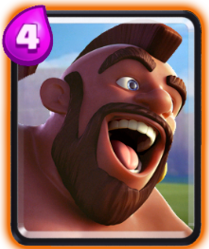 Perhaps the best offensive card in the game, Hog Rider is fast, relatively cheap, tanky, and does a ton of building damage. If left uncontested, this card can win games by itself. Fortunately, a lone Hog Rider is relatively easy to deal with. Unfortunately, Hog Rider tends to be the centerpiece of decks, and Hog Rider combinations can be difficult to counter. Therefore, Hog Rider is similar to X-Bow in that it’s less about countering the Hog Rider as it is about countering the entire deck. Let’s start by talking about dealing with a lone Hog Rider – two ways, either swarm him, or distract him. Swarming him with cheap swarm troops that deal a lot of damage such as Goblins or Barbarians is an easy task. Since the Hog Rider locks on to buildings, it’s best to drop your melee troops directly in the front of the tower to block the Hog Rider from attacking it and get in some damage while the Hog redirects around the tower. To distract the Hog Rider, place a building closer to the bridge than the tower is, and the Hog Rider should lock on to that building first. Cannons, Tombstones, Teslas, Infernos all deal with Hog Riders well. While they do no damage, Huts and Elixir Collectors are a bit beefier and distract the Hog Rider long enough for the tower to whittle him down. Hog Rider combinations are much more dangerous – the most common of which are Hog + Freeze and Hog + Prince. Both decks can quickly wipe out a tower if not counterplayed correctly. Hog + Freeze will be covered in the next section on how to counter Freeze in general. Hog + Prince can be countered with swarm troops. A Skeleton Army will decimate a Hog + Prince duo and singlehandedly shut down the deck’s offensive. Otherwise, distracting the Prince with cheap swarm troops and taking out the Hog Rider with high DPS troops like Goblins or Minion Horde is imperative. Using buildings to distract against Hog + Prince is difficult as the buildings tend to get killed in one or two hits by a charging Prince + Hog 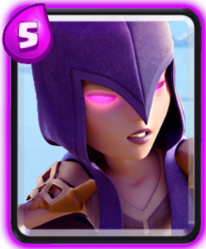 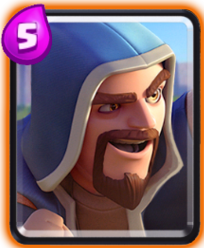 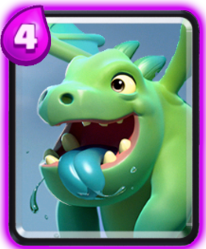